To live missionally means you believe God has a mission and is inviting you to join in.

So one day, you get the sense of what God is up to around you.  You see his hand at work like a wave rolling in.  You catch the wave.  The conversations are great.  You get to pray with people you’ve only just met.  You share scriptural truth – and it is just the right word and just the right time.  You do something to bless others – like organizing service for the widow, holding a food drive, making peace in the neighborhood – and it goes so well so easy, so natural.  It’s exciting to join God in his work.  Faith is rising up in your heart and in the hearts of the people around you.  You catch the wave, so to speak, and have the ride of your life!

And other days, well, it’s not so clear what God is doing.  It’s a little awkward.  But He’s still at work.  The “wave comes by” and you “try to ride it”.  But the conversations don’t go so well.  You get stuck in a complaining, gossip session and can’t turn it.  You try to pray and it’s like you forgot how to form sentences.  You share a scripture and it starts and argument.  You organize that event – and it becomes the source of controversy in the neighborhood.  You tried to ride that wave and wiped out!  Spectacularly! 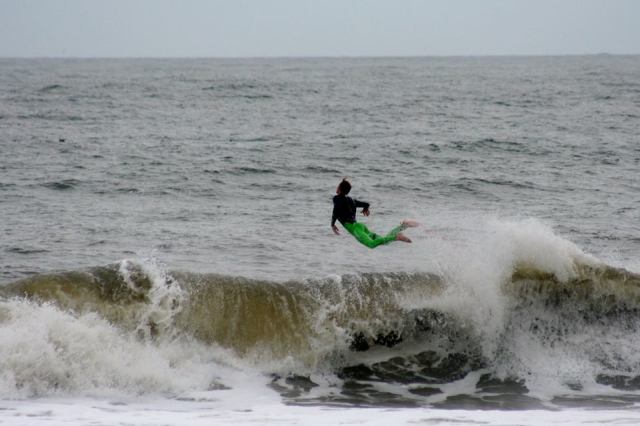 What do you do?

That sort of thing happens when you live missionally.  It happened to Jesus in Matthew 13.  After he’d done amazing things, preaching, teaching, healing, casting out demons, and equipping his disciples to do the same things, he went to his on hometown where “they took offence at him.”  The gospel says he couldn’t do many miracles there.   But in the next chapter, he feeds 5,000 with 2 loaves and 5 fish.

It happened to Paul, Barnabas, and John Mark in Acts 13.  They had only just started their mission.  After some exciting success in Cyprus, they went to Perga in Pahmphylia where they wiped out.  We don’t know what happened, exactly, but John Mark left them (or abandoned them?) to return home.  They lost a member of the team there, and that’s all we’re told.  How did they respond? They went on to Pisidian Antioch and served God there and went on to establish churches in many towns and cities.

So if you’ve wiped out, you are in good company.  Take a little time to get your breath.  Then paddle back out and look for another wave.  Because the ride of your life may be rolling in.

(Photos by Heather Alexander, take 11/22/15 at the Poles in Hanna Park in Jacksonville, FL)

I am someone loved by Jesus - a disciple, husband, father, pastor, and engineer. God has a mission and invites us into it. I want to do my part to encourage and equip people for life on that mission!
View all posts by Pastor Jesse →
This entry was posted in Uncategorized. Bookmark the permalink.